Live the high life at this chic mountain chalet with home cinema, bar and stylish pool!

We can organise delicious breakfasts during your stay. Please get in touch for a quote.

Please note the alcoves have been designed for sleeping only and as such have diffused low level lighting in the headboards.

One of the sleeping alcoves is only accessible by a ladder and is therefore not recommended for young children or people with reduced mobility.

There are no outdoor parking spaces at the property, the garage can accomodate up to 3 cars at a time depending on the size of the vehicles.

Please note there are 5 bathrooms at the property, with an extra shower next to the pool.

Contemporary style and tradition combine in this unique mountain home

Built as a barn in 1826, no expense was spared converting this property into a luxurious holiday villa, sleeping 14 people comfortably. Much of the original material was imaginatively re-used, such as the roof slates, which became the surround for the swimming pool. Just a few minutes drive from the centre of Morzine, Villa Solaire, a 5 star chalet, is close enough to the bars and restaurants of Morzine to enjoy great apres ski, but when you return to the villa, you can enjoy the peace and quiet of the mountains that surround you. It would be a great base for two or three families, or a large group of friends. There is garaging for three cars, and the ski bus stops 50m away, giving you access to all the Portes du Soleil resorts in France and Switzerland. There’s a huge range of activities in the area, all year round, but you might find it hard to tear yourself away from the swimming pool, billiard room, home cinema and bars offered by this fabulous property!

Luxurious base at the heart of the fabulous Portes du Soleil

Morzine is in the centre of the Portes du Soleil, making the neighbouring resorts of Les Gets and Avoriaz easily accessible. You can also ski in to Switzerland, but be warned, only the most accomplished skiers should tackle the Swiss Wall - a huge mogul field which is classified as an orange route - too hazardous for a black! But with 650km of pistes, there is plenty of scope for skiers and boarders of all ages and abilities. The ski bus stops just 50m from Villa Solaire, making this luxurious chalet the perfect base to discover the area. If you’re not a skier, Morzine also offers indoor and outdoor ice skating rinks, which are often host to ice hockey matches, and the local cinema often shows films in English. The more adventurous might like to try snowmobiling or ice-climbing on some of the area’s frozen waterfalls, or discover the area in a more sedate manner on a sleigh ride. Other ways to have fun include snowshoeing and sledging, while the Indiana adventure park offers a variety of activities for all ages. The large flat garden is perfect for making snow angels and snow men at the end of the day!

So much to see and do, don’t forget to take time to relax ...

In the event of COVID-19 travel restrictions, this property includes cancellation protection - get a credit note for 100% of the amount paid, valid for 27 months. 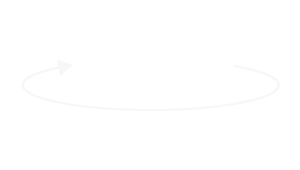 We love spending time at Villa Solaire and hope that you too have a fantastic stay here!

“We chose to set up our “home away from home” in Morzine, a resort which we feel manages to retain the feel of an authentic ski resort whilst allowing access to the “Portes du Soleil” one of the largest ski areas in Europe. Villa Solaire was originally a farm dating from 1826 which has been renovated in the gorgeous traditional Savoyard style.

We were happy to leave the renovation project in the very capable hands of our architect Jérémie KOEMPGEN (JKA Architecture) He kept and recycled as many of the materials from the original property as possible, like the huge beams, and the original roof tiles which are now to be found surrounding the pool, and outside the chalet.

He also concealed modern technology, in every corner of the Villa, to add luxurious features and elements, so that Villa Solaire provides the best of both worlds, traditional and modern combined in a unique property. Touches like the vaulted ceilings and huge windows of the large living space, and the fact that the Villa Solaire is spread over several levels mean that everyone has plenty of space and light, groups can spend time together or alone, as they wish.

We love spending time at Villa Solaire and hope that you too have a fantastic stay here!

“ It was even better than described”

We loved this chalet for its spaciousness as well as the main living area, which was perfect, the level of comfort, the management and the decor. We really enjoyed the swimming pool and the games room too, as well as the Bose music system. The large garage is very useful. The welcome was really nice and helpful and the team was always helpful and available. In summary, we would love to come back!

It's very close to the lift, as well as great activity like biking and rafting.

“It really has the wow factor!”

Great, large chalet, well equipped, the chef we hired said it had one of the best kitchens of any chalet in the area. Children loved the sleeping pods and the small pool. Nice terrace too.We also loved the village and the skiing.

We spent some lovely times with family, friends and children at Villa Solaire, a place which makes it easy to get together, relax and have fun. The ambience of the chalet at night is amazing, with the fire lit, beanbags for the kids, the swimming pool and the pool table.

We held our son's wedding inside. Cleared the top end, had a decorated arch with lights that the couple stood under and chairs arranged in rows. The bride walked up the stairs, through 2 rows of candles, with her dad. I (mum) performed the ceremony, (official wedding having taken place in Holland) which I had written. Such an honour!

“We had the time of our life”

The chalet is actually better than it looks on pictures: simply breathtaking. After a warm welcome we felt instantly at home. We were a large group of close friends with 6 children (age 2-9) and had the time of our life. The ski area was amazing too.

Villa Solaire is an OVO Network Verified property, ensuring your booking and your money are safe. OVO Network Partner properties meet stringent entry requirements before membership, meaning you can book in confidence: